Small businesses are careful about the type of marketing strategies they invest in. It’s important that you invest it wisely to get the most for your money. Social Media Marketing is the most versatile and cost-effective strategies that small businesses can use to reach their target audience and boost sales over time. That’s why 97% of marketers use social media to reach their audiences.

Here are a few example of Online shopping:

Now-a-days, it’s difficult to find people who’re not using social media network, or who are not listed on at least one popular social media platform. Whatever your flavor— personal contacts, business connections, dating, photo browsing and sharing, and video entertainment, among others—there is likely a social network that exists to serve your heart’s desires.

Where Social Media All Began

Social media first began with Bulletin Board Systems, which were heavily coded with online “meeting places” for people of similar interests—those interests typically centered on technology.

As the time went on, more “communities” were formed regarding shared experiences or interests based on race or gender, followed by SixDegrees.com, founded on the idea that there were likely only six degrees of separation between us and anyone else on the planet. Then along with that comes, Friendster, MySpace, Facebook , Twitter,I nstagram…and then WhatsApp. The rest is history.

Why We Love Social Media

Initially, social networking was done, theoretically, blogs, message boards, and chat rooms. You could be a community member of same interests and get to know others that were just like you. As social networking evolved, platforms like MySpace were primarily used by younger audiences and audiences that were looking to be “discovered,” especially with the community niche trending toward musicians.

Facebook originally was only open to Ivy League schools and for their students and, primarily, opened to college students everywhere. By 2006, Facebook gain popularity because of the limited exclusivity of the platform, prompting founder Mark Zuckerberg to open the platform up to the 13-and-older public.

As with MySpace, people loved to be on the social platforms largely and to connect with their friends and family. In fact, just a year ago, “staying in touch with friends and family” was the reason that users cited for being a part of social networks, followed up by “staying in touch with current events,” and “filling up spare time.” It allowed users to access not only those who were already involved in their lives, but old classmates and distant relatives, new contacts and strangers, celebrities, businesses, and business contacts (on platforms like LinkedIn.)A smattering of reasons people love social media:

But how did it become marketing revenue? And how does it continue to evolve?

It didn’t take long for the savvy Zuckerberg & Co. to realize that they boasted millions of active users and still didn’t have a viable revenue stream. Who wants access to a captive audience? Marketers and businesses.

Social media platforms like Facebook continue to evolve to fulfill the people to keep them engaged. And if users are staying engaged, then we can say as captive audience. Marketers on Facebook and Twitter don’t require to pay for the marketing of their business and to reach the consumers that the social platforms provide. Can you pay to play and increase your odds of hitting greater audiences? Yes. Do they, really make you do that? Absolutely, not.

The fact is that this type of marketing is as an inexpensive tool in the marketing toolbox keeps social media marketing popularity on the rise.

Although some of the brands leave social media in dramatic fashion and others consistently bemoan the drop in organic reach, the fact remains that it is an inexpensive and trackable form of marketing, unlike television commercials, billboards, and newspaper ads. The audience is larger, highly targeted demographics are available for advertising, brands can stay current and relevant with new developments with their audience, and businesses can see exactly which leads and conversions are coming from their social media efforts. For a behemoth business like Facebook or Twitter to grant a business access to their entire audience is unprecedented–even though reach has declined, it’s still a better option than anything we’ve seen before.

Will it last on social media? Personally, I think so. But new developments remain to be seen, and one thing is for certain: marketing efforts will only get better, more trackable, and more efficient from here. 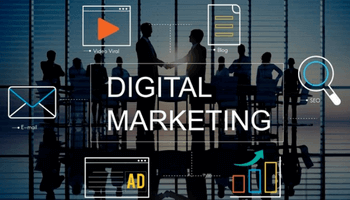 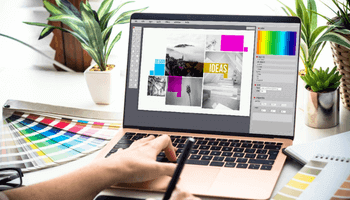 Focused to build a career in Graphic Designing. Regardless of educational background, we train you from basics to advance. 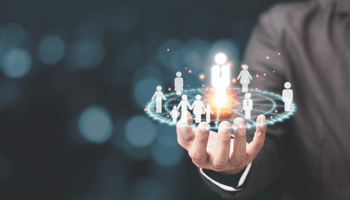 Human resource is one of the most important resources for any corporate Organisation. We Prepared the syllabus as per industry requirements